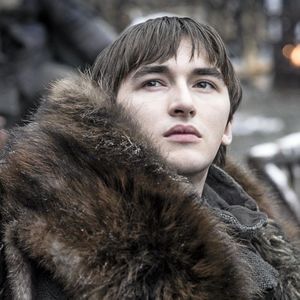 Our tour of Westeros and leadership is, for the moment at least, coming to an end, so it’s worth pausing to do some summarising, particularly in the context of how Game of Thrones itself ended.

<MORE SPOILERS THAN USUAL WARNING. THERE, THAT’S OUT OF THE WAY>

A common thread running through a lot of the posts has been the rigidity of the progression system in Westeros, and the problems this can cause. Evidently the people of Westeros have noticed this too, given that the finale first literally destroys the Iron Throne with fire, and then has the surviving leaders adopt a new promotion pathway system which goes some way towards fixing these problems. Interestingly, Bran the Broken has an amalgam of traits from the old pathway, being the eldest surviving male offspring of someone with a reasonable claim to the throne, and from a more inclusive (and thus flexible) paradigm, being disabled, infertile, and, technically, a religious leader.

He also seems to be, at the moment anyway, primarily a transactional leader. Which makes sense: charismatic leaders tend to flourish in crisis conditions. Quite possibly he’ll also prove transformational, but in a slow, gradual way as the country rebuilds.

The new system still has some obvious problems. There still doesn’t seem to be any way to remove a toxic leader short of killing them, for one thing. For another, leaders may be collectively chosen, but it’s by the nobility, and that’s an easily hackable system that a future Ramsay Bolton might turn to their advantage. It’s still a system that’s likely to favour non-disabled ethnic majority males regardless of their ability or lack of it, as any researcher who follows the power-based school of leadership theory might be quick to point out.

There are also a lot of untold leadership stories hanging around the fringes of the episode. For a start, while I’m very much in favour of Sansa Stark getting formally recognised as a queen, there’s not much discussion of how the North will rebuild, what sort of succession system she’s planning, or how relations with the rest of the country will proceed in a situation where its monarch isn’t her blood relative. And speaking of leadership stories yet to be told, I would very much like to know what sort of a time Yara Greyjoy is having in terms of hanging on to leadership of the Iron Islands.

But still, as endings go, it’s probably a better one than most of the leadership of Westeros deserve.

This ends the Leadership Lessons from Game of Thrones series, unless obviously something new comes up to merit a revival. I’ll post a comprehensive index to posts later, and I’m planning another academic SF blog series soon, but for now, thanks for reading!

One thought on “A Summary and Culmination of Leadership Lessons: Bran the Broken”