This is a photoessay that needs a bit of a preamble; scroll down if you don’t like the talky bits.

I’ve been fascinated with the Crystal Palace Dinosaurs ever since I found out they existed, and, in 2000, had the good fortune to live a short bus ride away from them. And on one visit, I loaded up my Kodak instamatic with film and took pictures, which I then took back to my college, carefully scanned, and put on my Geocities site… and, the Internet at the time being tiny, got what was by the standards of the turn of the millennium a very large audience, email correspondents from all around the world, and the BBC pilfering at least one of my photos to illustrate an article.

Because at the turn of the millennium, mine was really the only website with any substantial information on the Crystal Palace Dinosaurs, so anyone with any interest in them at all was going to find my little Geocities page.

That was quite a long time ago, obviously, and there’s now not only pages and pages of information about them out there, most with better, more recent photos, but there’s even an online fan club for them. They even guest starred in the first episode of Good Omens! So I felt that there was no real need for my page anymore, and I quietly let it die.

Doing a bit of renovation earlier in the year, though, I found the original photos. I’ve scanned them at a better resolution and put them up here– so that, if there’s anyone who wants to know what the park and the dinosaurs looked like in the year 2000, they can view to their heart’s content. 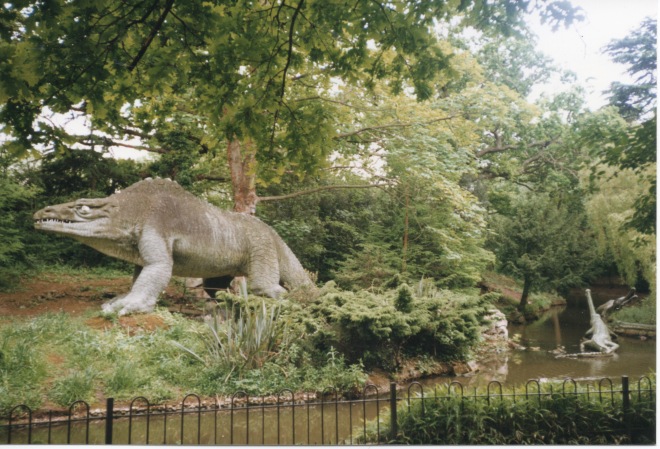 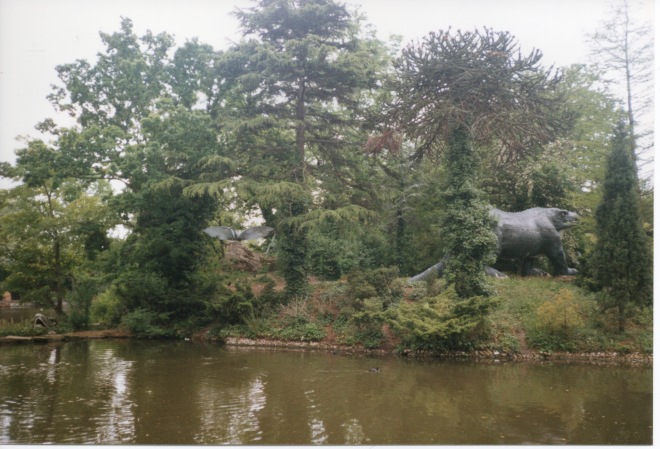 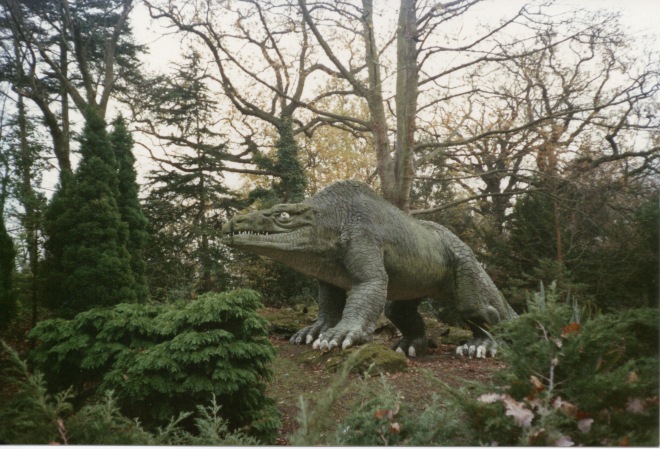 These last two photos require a bit of an explanation. At the time, the prehistoric mammals weren’t on display (except the megatherium, which had fused to a tree and so wasn’t removable), and I spent ages and ages looking for them, until I found them all looking rather pathetic in a storage area. Luckily they have since been fixed and restored.