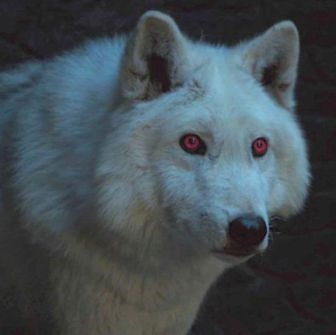 For your convenience, here’s a handy index to the Leadership Lessons from Game of Thrones posts, in chronological order.

Traditional pathways to promotion: Robb Stark and the Baratheon brothers

The Battle of Winterfell, or How Not To Lead

Gender and ethnic diversity in leadership: the Greyjoy siblings

Our tour of Westeros and leadership is, for the moment at least, coming to an end, so it’s worth pausing to do some summarising, particularly in the context of how Game of Thrones itself ended.

<MORE SPOILERS THAN USUAL WARNING. THERE, THAT’S OUT OF THE WAY>

A common thread running through a lot of the posts has been the rigidity of the progression system in Westeros, and the problems this can cause. Evidently the people of Westeros have noticed this too, given that the finale first literally destroys the Iron Throne with fire, and then has the surviving leaders adopt a new promotion pathway system which goes some way towards fixing these problems. Interestingly, Bran the Broken has an amalgam of traits from the old pathway, being the eldest surviving male offspring of someone with a reasonable claim to the throne, and from a more inclusive (and thus flexible) paradigm, being disabled, infertile, and, technically, a religious leader.

He also seems to be, at the moment anyway, primarily a transactional leader. Which makes sense: charismatic leaders tend to flourish in crisis conditions. Quite possibly he’ll also prove transformational, but in a slow, gradual way as the country rebuilds.

The new system still has some obvious problems. There still doesn’t seem to be any way to remove a toxic leader short of killing them, for one thing. For another, leaders may be collectively chosen, but it’s by the nobility, and that’s an easily hackable system that a future Ramsay Bolton might turn to their advantage. It’s still a system that’s likely to favour non-disabled ethnic majority males regardless of their ability or lack of it, as any researcher who follows the power-based school of leadership theory might be quick to point out.

There are also a lot of untold leadership stories hanging around the fringes of the episode. For a start, while I’m very much in favour of Sansa Stark getting formally recognised as a queen, there’s not much discussion of how the North will rebuild, what sort of succession system she’s planning, or how relations with the rest of the country will proceed in a situation where its monarch isn’t her blood relative. And speaking of leadership stories yet to be told, I would very much like to know what sort of a time Yara Greyjoy is having in terms of hanging on to leadership of the Iron Islands.

But still, as endings go, it’s probably a better one than most of the leadership of Westeros deserve.

This ends the Leadership Lessons from Game of Thrones series, unless obviously something new comes up to merit a revival. I’ll post a comprehensive index to posts later, and I’m planning another academic SF blog series soon, but for now, thanks for reading!

To recap from the discussion of Robb Stark, the Baratheon Brothers, and why male sexuality matters in Westeros two weeks ago: legitimate career progression is a pretty

straightforward thing in Westeros, on the face of it. To become a leader, you have to be the eldest surviving legitimate son of the current/former leader.

However, as in any organisation, the official career path is not the only one. It’s worth noting that at the outset of the final season, literally no leader in Westeros (or even Essos or Braavos), aside from Jon Snow, actually fits the official criteria for political leadership. Admittedly, there is a bloody civil war going on, but the means for alternative forms of progression usually has to be in place before a crisis of that magnitude hits.

The main alternative form of progression, as discussed before, is through murdering the incumbent. However, as we also discussed before, this is a problematic means of progression, for the obvious reason that a healthy society needs to discourage people from killing their leaders. Hence the reason why Jaime Lannister couldn’t take the throne; why Robert Baratheon had to fit as many of the other criteria for leadership as possible (or seem to, at any rate); and why his leadership was problematic nonetheless.

Some Westerosi organisations do offer different pathways to promotion. The church, the Maesters, and the Night’s Watch, of necessity, have leadership pathways that are more or less merit-based. However, they’re also more rigid on the gender front than the nobility (women can rule, if problematically, under some circumstances; women can never be Maesters or join the Night’s Watch, and septas clearly rank well below septons in the church), making these organisations at once more and less flexible in a crisis. Furthermore, in all cases they’re barred from political leadership under all but the most extreme circumstances; the High Sparrow may have come rather close to establishing theocratic rule in Westeros, but that was more a sign of how badly the established order had broken down than anything normal and legitimate.

This brings us to the case of Ramsay Snow, later Bolton, and how his career demonstrates the existence of at least one alternative pathway to leadership beyond staging a coup. At the outset of his storyline, Ramsay Snow’s status as an illegitimate son bars him from leadership; however, he makes himself useful enough to his ostensible father, Roose, that the latter has him officially declared legitimate (and Ramsay also makes certain that his father has no other surviving offspring which might supplant him).

Furthermore, both Boltons take advantage of the fact that the near-total extermination of the Starks (and the absence of the surviving family members) has left a power vacuum in the North. However, while arguably might would make right in those circumstances, clearly other factors are helpful; Theon Greyjoy’s attempt to take over Winterfell by claiming to have murdered the two younger Starks only left him with a tenuous claim at best, while Ramsay’s marriage to Sansa, given the rule about governance passing to female offspring in the absence of surviving fertile males, gave him more of a social claim to the North.

Of course, none of this is to mention that Ramsay is also a psychopath, who nobody sane would want in charge of a church raffle let alone one-seventh of a country. Given that not only did Roose Bolton break the rule against not killing the person you’re taking over from (though admittedly Walder Frey took most of the blame for that) and both Boltons repeatedly break rules of hospitality and truce, and show what any management expert would describe as fairly awful personnel management skills, their governance of Winterfell was inevitably doomed to be short term.

But that takes us to next week’s subject, toxic leadership, so we’ll leave matters there.