Last instalment, I talked about how to evoke the past well, and not so well, with a quick detour round Metropolis. This instalment, I’m back with our usual case studies, and looking at how each of them has used the Wild West as a reference point: successfully, and not so successfully.

We’ll start with the unsuccessful. Here, once again, is an image from the classic Battlestar Galactica “The Lost Warrior.” Now, this one really ought to work. The Wild West is an appropriate referent for the story, which riffs heavily on Shane and other Westerns of the “stranger rides into town, fixes things, rides off again to the great disappointment of the comely local widow” variety. To be fair, there are some creative design elements in the serial– making the buildings look like repurposed spacecraft, for a start– but the Western aspects include a lot of, well, silver cowboy hats and vests. And, while, as I noted last time we talked about this episode, it does bring home one of the symbolic associations of white clothing for a villain (plantation bosses), it also makes it really sort of too obvious:

Meanwhile, Star Wars is arguably the textbook example of Doing Wild West Space Opera Right. The Tatooine sequences especially are a coming-of-age Western at heart: young boy, dreaming of leaving the ranch and fighting in a civil war, teams up with a grizzled old gunslinger after his family are brutally murdered, and they go to a saloon in a disreputable little desert town in order to recruit a maverick mercenary pursued by all the local bounty hunters, and his brown partner who doesn’t speak English.

This is the sort of thing that generally goes unnoticed by the audience, however, and for fairly good reason. In order to make sure it doesn’t wind up being as on-the-nose as “The Lost Warrior,” the design team have drawn their past-times elements from the Middle East: 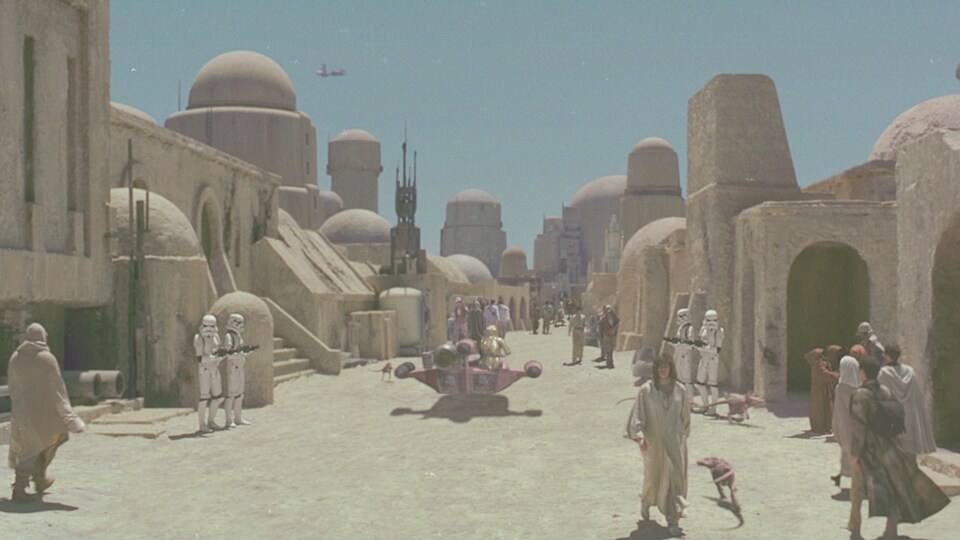 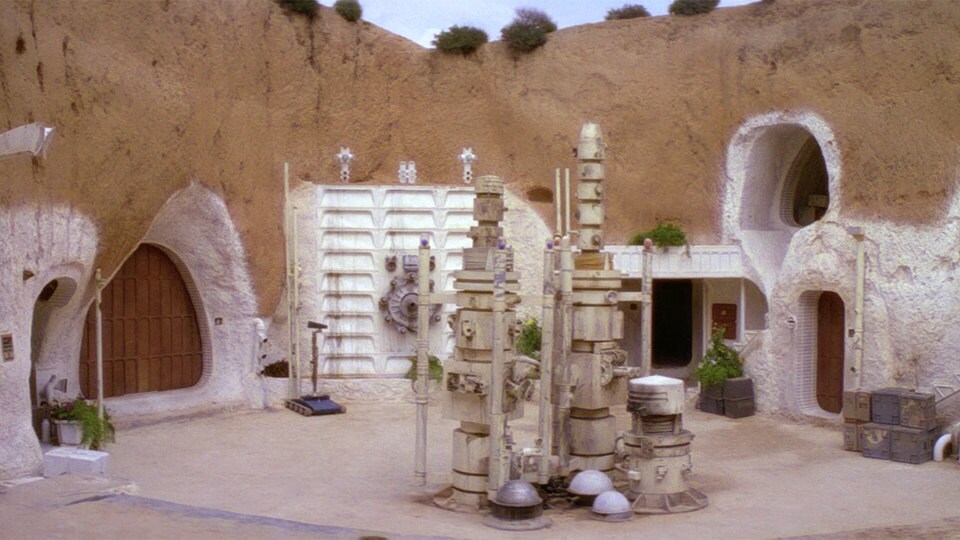 The most obvious nod to the Western genre is Han Solo’s costume. Even there, you’ve got an interesting mix of black and white, pointing to the idea that Solo’s morals and allegiances are a little variable (we don’t see the colour of his hat, after all): 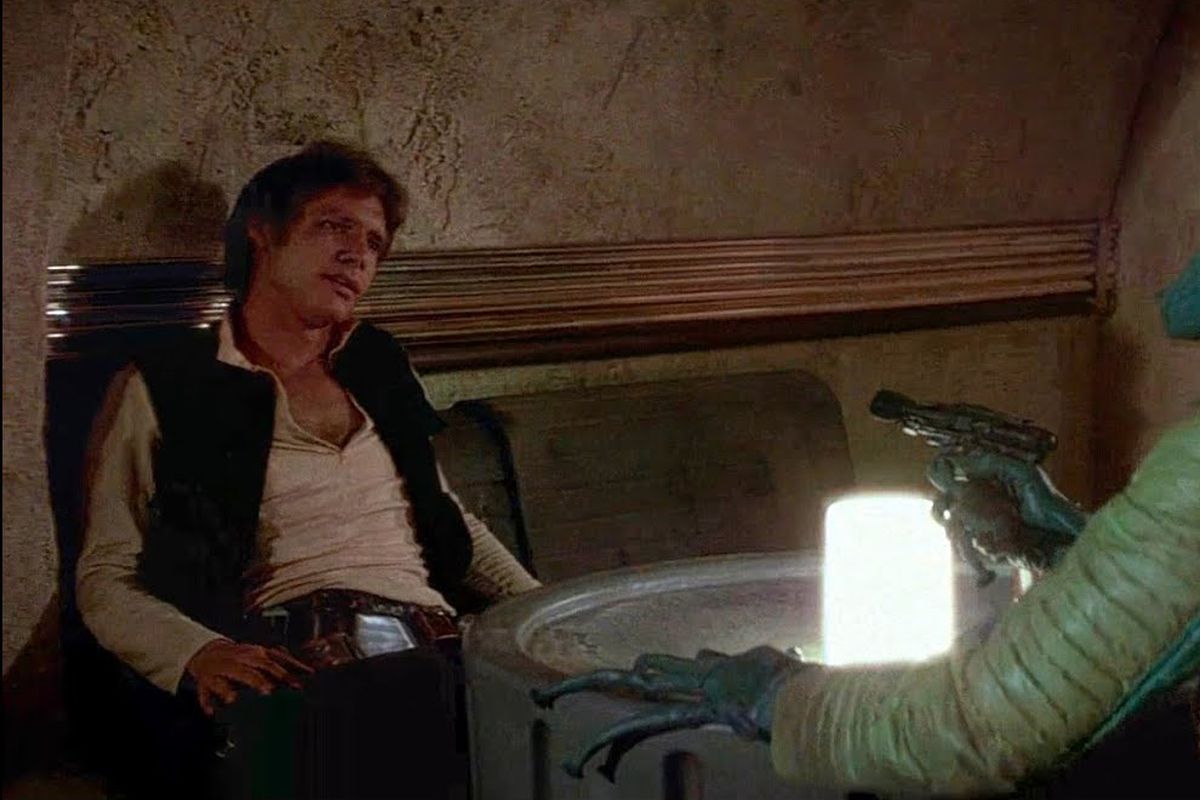 So people don’t tend to notice that the whole thing is a coming-of-age Western. They also don’t usually notice, by the way, that our protagonist’s  family have a plantation and own slaves, and he wants to fight for the “rebels”, which does add an element of ambiguity to the literally black-and-white distinction between the heroes and the villains.

But, and here’s the point where structuralism comes in: the symbolic connotations of all of these places overlap with the Wild West. The Middle East, in the 1970s, was seen as a lawless gold-rush area, province of hyper-masculine gangsters; Kurosawa, one of Lucas’ key influences, is best known for Samurai warrior movies which have later been remade as Westerns; abstract sculpture developed under the same chaotic global conditions that spawned the Wild West (war and extreme financial instability). So, unlike Padme Amidala’s forays into Japanese and Weimar imagery in the prequels, it doesn’t just Look Neat, it Tells Us Something.

And finally, you have Blake’s 7. On the one hand the Western is sort of baked into the programme’s DNA, since one of the reasons for the title was series creator Terry Nation pitching it initially as “The Magnificent Seven in space”.  Somewhat wisely, though, the team largely steer clear of using Western costumes and sets, presumably for reasons of not wanting to make that connection too obvious (also, presumably, because it’s hard to do well on the cheap– that’s a compliment, by the way, Blake’s 7 is a good example of how one can do even space opera well with no budget, provided you have a strong writing team and a creative production team).

The one episode where they do go a little further than usual is “Gambit”, where the Seven and the Federation have both tracked fugitives Travis and Docholli to a bar in a lawless frontier town. The name Docholli is also an explicit reference to Doc Holliday, meaning that it’s hard to ignore the connection. Consequently, both Docholli (right) and Travis (left) rock delightful big hats (Travis’ is, naturally, black):

However, Blake’s 7 does a Star Wars, and takes the curse off it, by heavily referencing the Weimar Republic in other aspects of the story’s costuming and design (for instance the Croupier, emceeing the Big Wheel casino with an aesthetic that’s half Joel Gray and half Marlene Dietrich):

This also, by the way, includes the brief use of South Bank as a futuristic location– famously a product of Bauhaus-influenced modern architecture (there’s not a single good shot of South Bank from the production, you’ll just have to take my word for it). In any case, this even makes the delightful big hats less obviously cowboy-related. Since Weimar fashion could also include big-brimmed hats (many lovely examples here, but take particular note of the gent on the far right): 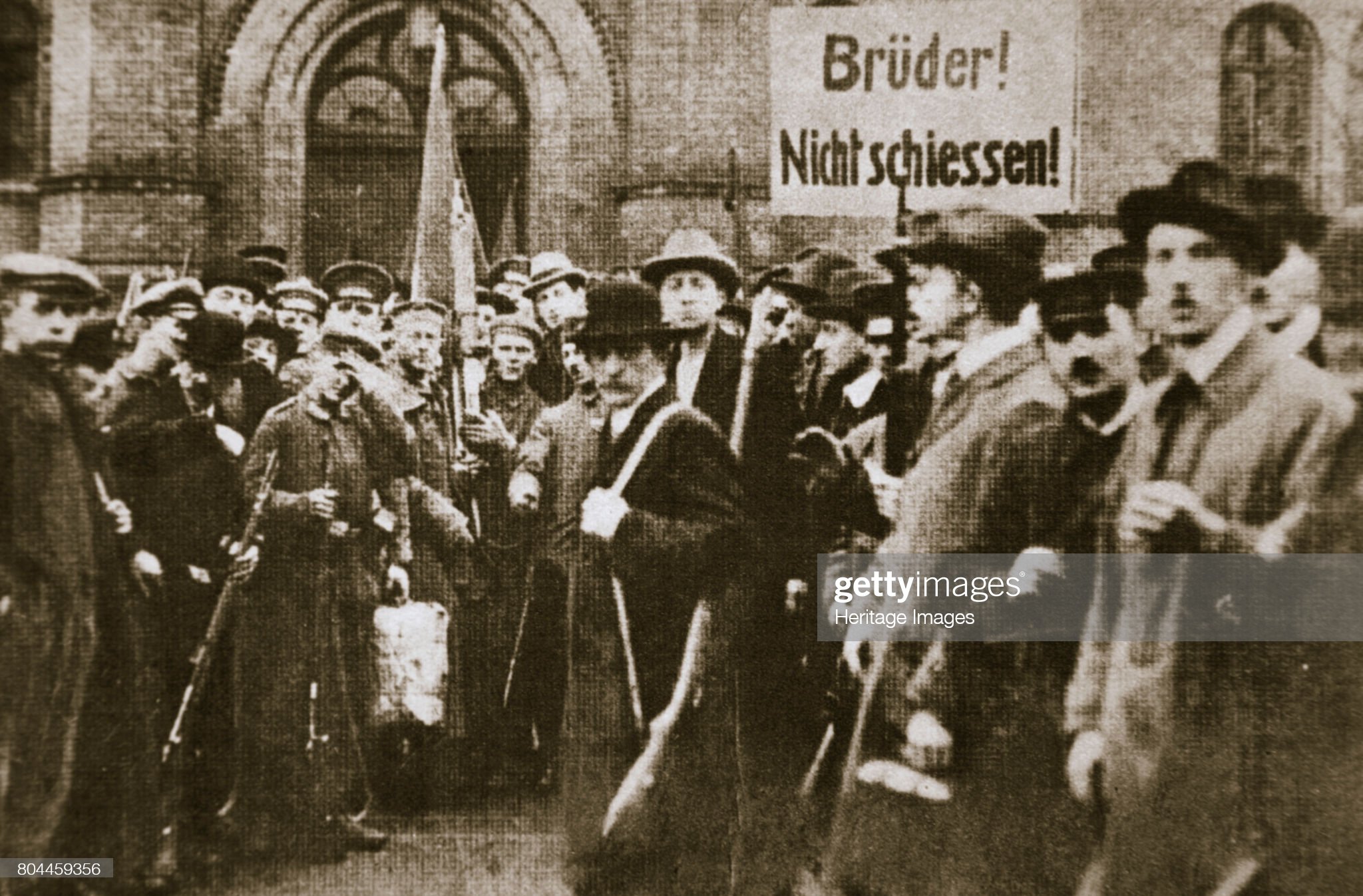 And Travis, in his hat and cape, looks like nothing so much as the Phantom of the Opera, subject of a not-unfamous film of the 1920s: 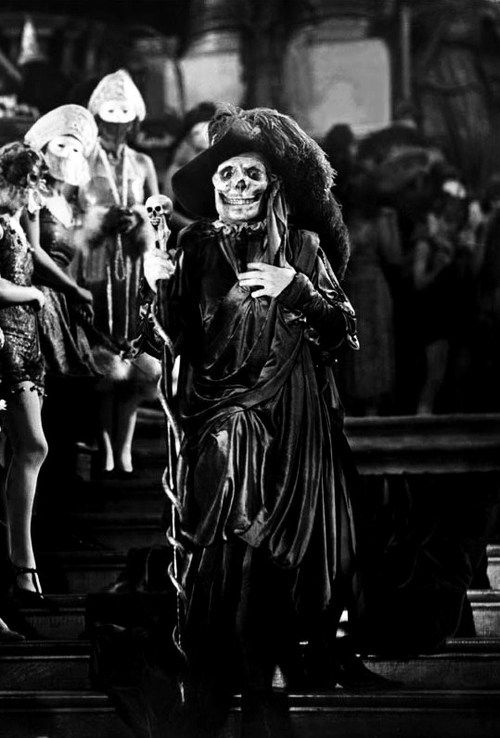 So, again, one takes the curse off the Wild West aesthetic, by linking its imagery with the imagery of another period of lawless gangsterism, reckless gambling, hedonism, violent sexuality, interwar social trauma and extreme financial instability.

And then there’s The Mandalorian. Which I was going to talk about briefly here, but then realised I had enough to say about it to warrant another blog post, so that’ll be next time.